← more from
Migro Records
Get fresh music recommendations delivered to your inbox every Friday.

by Grúpat and Jennifer Walshe 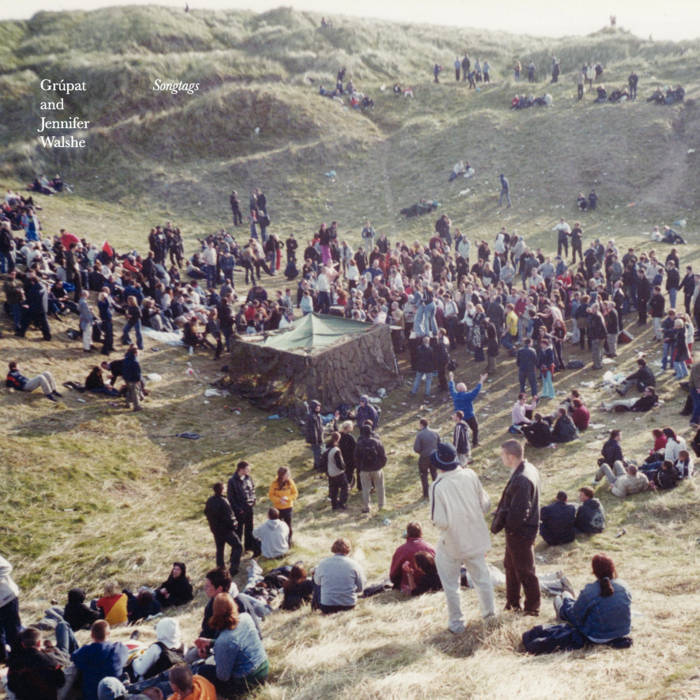 From their earliest incarnation as the riotous band of anarchic pranksters known as the “Avant Gardaí”, the renowned sound art collective Grúpat have played on both the artistic and geographical margins of the Irish art scene, creating a body of work which is by turns joking and serious, provocative and engaging, sublime and enigmatic. Their work demonstrates a wide variety of approaches to sound ranging from graphic scores to sound installations, silent musical films to sonic reliquaries, sculpture-instruments to gowns for the sonic flâneur.

The tracks on Songtags include excerpts from The Parks Service’s sci-fi grand opus “The Legend of the Fornar Resistance,” based on the transhumanist role-playing game he developed with his brothers as a teen; Bulletin M’s electro-acoustic survey of Dublin (with a guest appearance from DLR); O’Brien Industries’s sessions with rural Irish fortune tellers and Flor Hartigan’s study of minute fluctuations in the water of the River Dodder and the human voice.

This release is the companion to jenniferwalshe.bandcamp.com/album/the-wasistas-of-thereswhere. Both CDs were first released in 2009, on the occasion of the Grúpat retrospective at the Project Arts Centre, Dublin.

Vocals on all pieces by Jennifer Walshe.
Additional vocals on In a 3 by Mrs. O. and Madame X.

Designed and typeset by Munich Design.
Illustrations by Erin Wilson.

Grúpat was commissioned under South Dublin County Council’s INCONTEXT3 Per Cent for Art Programme which is funded by the Department of Environment, Heritage and Local Government and the National Roads Authority.

Bandcamp Daily  your guide to the world of Bandcamp