← more from
Migro Records
Get fresh music recommendations delivered to your inbox every Friday.

ALL THE MANY PEOPLS 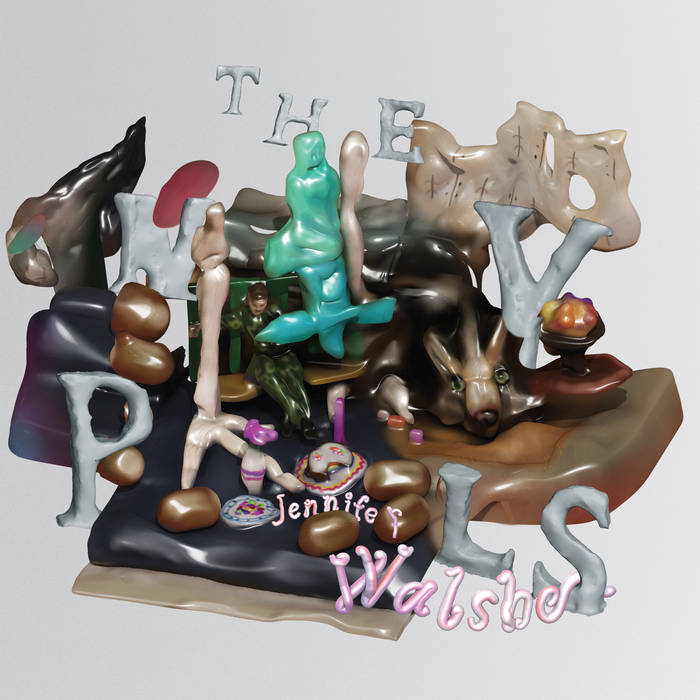 Kengoji Who died while stuffing a chicken with snow? Favorite track: In Glorious Mono.

Gavin Hellyer Extraordinary indeed. Information overload, in parts hilarious, in others deadly serious, lots and lots of talk, often at the same time. I'm getting lost trying to describe it. Just have a listen. Favorite track: In Glorious Mono.

ddb you get a phone call.
you are offered a opportunity.
you don't get to know the details of the opportunity but you are assured that it will change your life forever
you have to decide right now if you want to take the opportunity of not.
"to accept, press 1... para espanol, oprima numero dos"
you, not understanding spanish, accidentally oprima numera dos. Suddenly, you are given the gifts of spanish. Favorite track: In Glorious Mono.

masterjakestudios A satire of absolutely everything that comes to mind in this hodge-podge of 21st century, Internet-age absurdity and turmoil. The best way of making nothing mean something (and still mean nothing). Whether you end up thinking it is crap, or genius (leaning towards this one, personally), it's definitely entertaining.

ALL THE MANY PEOPLS

“Who died by stuffing a chicken with snow?” The astute listener has barely had the time to clock this garbled rendition of Sir Francis Bacon’s death, and with it, the grimly poetic ironies that haunt even the most mundane scientific pursuits, when an even more pressing issue is raised: “How do vampires get boners?” I thought you’d never ask. With manic intensity, caustic wit, and an acute ear for the symptomatic points where linguistic clichés crack open to reveal human fears and longings, Jennifer Walshe has found our culture’s search history, and she is singing its network into vibrant being. When queried about the ingredients from which ALL THE MANY PEOPLS is constructed, Jennifer Walshe offers a list whose voracious breadth of polyglot reference constitutes its own cultural argument:

Whether this sounds like a crawling, schizophrenic chaos or like a typical day online depends upon how you spend your time. Confronted by the turbulent intensity of the internet as an immersive manifold of mutually competitive media, all users become bricoleurs, scavenging content from film, literature, video games, social media, philosophy, science fiction, pop music, message boards, and search engine ephemera. Far from succumbing to a blur of non-differentiation which levels down distinctions, in the face of this overplus the online self becomes simultaneously more fluid (open to anything) and more selective (you’ll know it when it you find it): customizing, editing down, prioritizing. There’s another word for this process: composition.

At a key point in this one-woman roaratoria, Walshe bursts at breakneck speed into an incantation to the “worldwide computer god Frankenstein containment policy brain bank,” a found fragment of schizophrenic speech which in fact articulates rather precisely the constructivist principles that fashioned ALL THE MANY PEOPLS. The global information ecosystem of the internet (the “worldwide computer god”) is broken into morcellated, dead pieces and fragments and reassembled into an organic body (“Frankenstein”), whose sections are selected according to their expressive intensity and mutually animating rightness of fit (the “containment policy” of composition) and this living body is stored and re-performed by a single, thinking, feeling, art-making human being (the “brain bank” of Jennifer Walshe, composer and performer).

Tilting beyond post-modern parlor games in which “high” culture and “low” culture rub shoulders (as if there could be a singular, common parameter with which to negotiate this kind of surplus, as if the top down structures of expertise and gatekeeping were still in place), Walshe’s “brain bank” operates at lightning speed and a high temperature, offering us what, to take up the parlance of Henri Lefebvre, one might term a “rhythmanalysis” of our media day. This striking solo performance draws upon all of the intuitive nuances and micro-adjustments of a highly skilled vocalist, mimic and free improviser, but Walshe marshalls these immanent interpretive archives of body memory and gut level directness in the service of a conceptually ambitious and radically democratic agenda: revealing the way that the social multitude—the “many peopls” of Walshe’s title—constitutes the raw material from which the assemblages that we call selves emerge. Against the backdrop of a world of contemporary music which all too often seems trapped in a sterile endgame of funding-driven citations of arts council agendas and formerly “avant garde” gestures stripped of force, we need Walshe’s fearlessness, speedy metabolism, and critical ear more than ever. The progress bar has loaded.

Composed and performed by Jennifer Walshe.

Bandcamp Daily  your guide to the world of Bandcamp